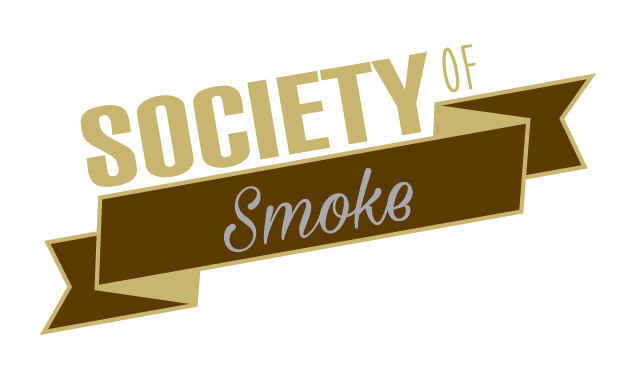 You are using an out of date browser. It may not display this or other websites correctly.
You should upgrade or use an alternative browser.

So, where are all the golf nuts hiding?

WNYTony said:
Watching. Not specifically Tiger but it's pretty amazing he's able to play as well as he has at Augusta on his his rounds back
Click to expand...

It's too bad that he faltered like he did. But it was great to see him make it all of the way through and he's committed to The Open too!

mitetak said:
It's too bad that he faltered like he did. But it was great to see him make it all of the way through and he's committed to The Open too!
Click to expand...

Agree - it's good for golf in general that he was able to get thru it without a w/d. The 4 straight days took it's toll but he had great support from the patrons and it's great to see him having some actual fun while he's out there

Staff member
Rating - 100%
18   0   0
Still have not made it out. Not due to lack of golfable days either. Just busy working on the house every weekend.

mitetak said:
Still have not made it out. Not due to lack of golfable days either. Just busy working on the house every weekend.
Click to expand...

Same here but I plan to break out this weekend

Rating - 100%
18   0   0
Been AWOL from here for while. Weather here is finally starting to somewhat settle out. Been windy for the past few months. Usually turns cold on my days off. (Had 60 mph gusts here today) Have only played about 4 times so far. Thursday was beautiful. Mid 80’s with a 5-10 mph SSW Wind.
Hit them decent, but nothing to brag about. Have developed a two way miss with everything but the wedges. Body turn seems to be the issue with that. Never thought I’d have to worry about a snap hook with a 3w going 70 yards right.
Best thing about the current golf season is a guy I work with lives on a private course in Amarillo. He sold me 40 Pro-V1s and TP5Xs for a dollar a piece. All in pristine condition. My buddy bought 20 Pro Vs from him as well. He sends his daughters out on the course at dusk. Told him I’d buy all they can find.

WNYTony said:
First round of the year today. Hit it decent for the first time out 44-40-84
Click to expand...

Nice - i spent the entirety of last weekend (fri/sat/sun) painting an apartment. So the 80 degree gorgeous sunday - was spent indoors

next weekend? I'm flooring my house. Or at least starting it. So yeah - unsure if i'll golf before June at this point

mitetak said:
had GORGEOUS weather last weekend and I was in the house with COVID this weekend will be nice but I have some much work to get done its not funny after spending the week quarantined
Click to expand...

That sucks Tim. Sorry to tell you I'm starting a little golf-fest here. Blew out yesterday and played a practice round for our Ryder cup which was Sat and Sun and the we're off Mon -Thurs on a golf trip, cigar sop tourney Friday and then next Sat Sun just our usual foursome. I'll make sure to hit one OB for you and one in the water for @Tyler86 and I'm going to try and hit a condo for @Redneck_toy

Gorgeous day on Saturday. Glad there was a breeze or the heat/humidity would've been oppressive.

Shot an 89. Not complaining for my first round since Oct/Nov. Went 48/41. Didn't hit driver a ton on purpose. I had my usual early season miss (early extension == pulls with draws to them). I was able to force myself to stick in my posture here and there and I put up some decent shots. Biggest improvement through the day was putting though. The greens were SLOW and it took me quite a while to trust giving a putt some pace.

Monday took my wife and kid out - played 9. Par'd 2 of the first three holes on my way to a 46. Just got sloppy after. Hit one drive where a par five was reachable in two - proceeded to duff the next two shots (and messed a chip up too!). Either way I played golf wooooo

Staff member
Rating - 100%
18   0   0
Spent some time at Club Champion yesterday. They ran a promo where a full bag fitting was 100 bucks instead of 350. That I can do! I didn't want to touch my driver (had it fit last year) and wanted to keep my wedges (although I was ok with swapping shafts if it made sense).

Typical CC process though. Start with five or so wedge swings, then an 8-iron and then the 6-iron (which is where the work is done). Told my fitter that I'd like to stick Titleist but I wasn't averse to anything else if it got me consistency.

Went through 6+ heads (also snapped a titleist t200 off the shaft) and a bunch of shafts. I was leaning graphite here so thats where we focused and to be fair he put me into a number of steel shafts too but once I got into the graphite offerings there honestly was no going back. The feel was just that much better to me.

The order was - find a shaft first and then move on to heads. So once we found a shaft that felt good we then swapped heads for a while. I dont like thick top lines or chunky soles (he did give me a few of each anyways to be sure they weren't better).

When the dust settled it was the Miura CB-301 in Raijin 2.0 85 shafts at one degree upright. Those same shafts will go into my Vokey SM8s as well.

I wanted to go into a 4 hybrid afterwards. Similar process. When the dust settled it was the Titleist 24 TSi2 hybrid in a Veylix Rome 988 XS shaft.

Lastly we fit my putter to see what works. Turns out my putter is actually good for me, it just needed to be flattened a bit. I did end up rolling a bunch of putters and found a Bettinardi SS17 that beats my putter out - but not 500 dollars beats it out

So total for all of this is about 4,000 dollars. I would skip the putter so it'd be about 3500 (but I'd probably add the gap wedge in and it'd bring the price right back to about 4k).

Now I could go to The Peoples Clubs - Tour Issue Golf Clubs at Retail Prices They'll build the exact same set (irons + hyrbid) with same shafts, specs, etc. For about 2400 (yep 1600 cheaper). Same build quality, these guys know what they're doing. For 1600 dollars less I lose the ability to walk into the store for adjustments, use of their trackman, etc.

As much as I hate to say it - Im on the fence. In my logical brain 1500 dollars should be a no brainer - like walk away. BUT I dont then have the option to resolve issues, work out different things if something isn't right, etc. That's worth SOMETHING - is it just 1500 something tho

I had the opportunity to play on Sunday. it was uugglllyyyy. I was standing up something fierce all day. I can usually get away from that but not yesterday!

Next weekend I have a scramble tournament on saturday, a round somewhere around Syracuse on Sunday and then Monday is the NY Tobacconist Association yearly tournament in Albany so it'll be a busy three day stretch.

WNYTony said:
I played Sunday but it was a pretty lousy and uneventful 86
Click to expand...